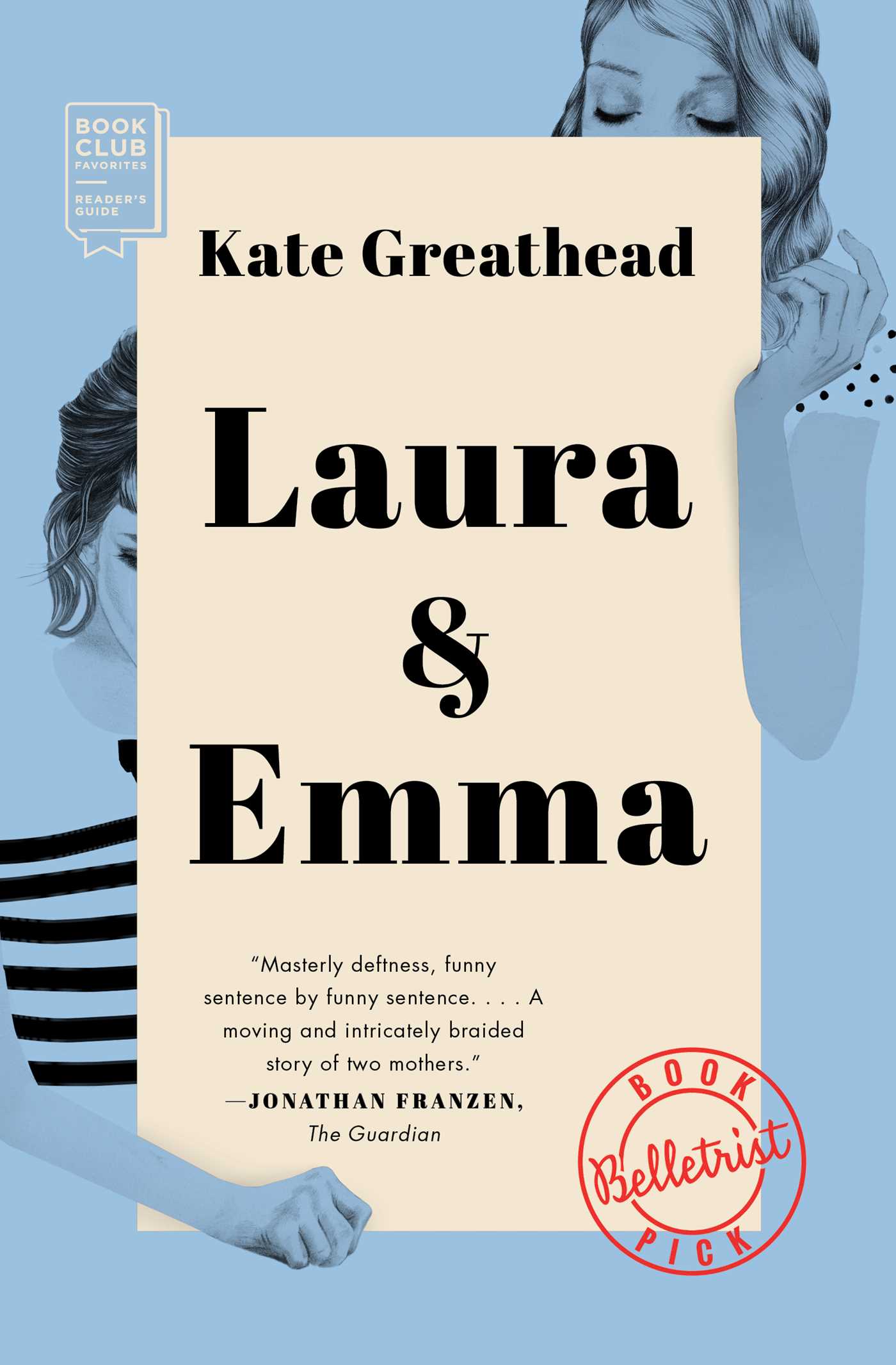 Buy from Amazon, Barnes & Noble, or an independent bookstore.

Named a Best Book of 2018 by The Guardian, Esquire, The New York Post

“Masterly deftness, funny sentence by funny sentence. By the end, what seems to have been a casually episodic narrative reveals itself to be a moving and intricately braided story of two mothers.”
—Jonathan Franzen, The Guardian‘s Best Books of 2018

“A beguiling, addictive read.”
—People, Book of the Week

“Each restrained and understated sentence has been polished to glittering brightness… despite this novel’s enormous restraint and despite the surface pleasures of its comedy, Laura and Emma is a profoundly sad book. It’s loneliness in the form of a novel, and beneath its fierce quietness, there’s an ache that never stops.”
—Vox

“Absorbing…Laura is a wonderfully complex and, at times, frustrating character: ashamed of the old-money world from which she came, but not so brave or ambitious as to abandon it altogether, and the novel, for all its humor and sharp observations, is imbued with the loneliness at her core.”
—Oprah.com

“A layered story about mothers and daughters and identity.”
—Entertainment Weekly

“A deft exploration of conflict, both class and interfamilial, in 1980s blue-blood New York.”
—Marie Claire

“Greathead has wrought a tale of subtle beauty more closely akin to the proud and obedient midwesterners of Evan S. Connell’s fiction…Greathead’s power as a prose stylist and storyteller converge to create scenes that will linger with you for days after reading them…The characters in this book live in a world few of us will relate to, but in Greathead’s hands, their humanity is deeply felt.”
—ESME

“The darkly funny way that single, thirtysomething Laura gets pregnant in 1981 sets the tone for Greathead’s polished debut…Most impressive are the ways Greathead restrainedly shows her characters stretching at the seams of their own by-now-inherited restraint, and she paints their immense privilege with knowing nuance. Greathead’s smart and original take on the mother-daughter novel impresses and charms.”
—Booklist

“This novel makes a seemingly unlikable character sympathetic and interesting to the point that her story becomes unputdownable. ”
—Library Journal

“This ultimately rather mysterious book, with its attenuated plot and restrained humor, is like a person who speaks so softly that you end up paying very close attention.”
—Kirkus Reviews

“Warmhearted… Greathead is a talented writer of detail, particularly in her evocations of New York life…This is a thoughtful novel of trying to find oneself despite an assigned place in the world.”
—Publishers Weekly

“Few books can grapple with the weighty legacy of Mrs. Bridge and come out standing; this one does. Stylish and understated, with grace notes everywhere, ironic reversals at the ends of sections, and resonant lines of dialogue that quiver with multiple meanings. The tone is arch, contrapuntal, and the anthropology here is brilliant; Greathead is such a keen observer of this world of people laden by the customs of privilege, who struggle to express their feelings, or even have them in the first place, and she finds affect in unexpected corners. Objects return with talismanic power and we track their movements with great appreciation of the artistry involved. It’s devastating to watch these characters sabotage their own and others’ happiness, and Greathead sticks the landing with a remarkably moving ending.”
—Matthew Thomas, New York Times-bestselling author of We Are Not Ourselves

“A big-hearted book, tenderly intelligent and mirthfully incisive in its exploration of family, class, and the difficulty of reconciling our own natures with the way we nurture others. In Greathead’s capable hands, Laura & Emma become luminously real, a lens through which the rarefied, often contradictory world of elite New York comes charmingly alive.”
—Alexandra Kleeman, author of You Too Can Have a Body Like Mine and Intimations

“I stayed up all night to finish Laura & Emma. Weeks later, I’m still thinking about Laura, still bothered by her troubles, and marveling at how Kate Greathead made these characters and this world so real to me. A brave, unassuming, wonderful first novel.”
—Rebecca Schiff, author of The Bed Moved

Kate Greathead is the author of the novel Laura & Emma. A graduate of Wesleyan University and the MFA Program for Writers at Warren Wilson College, her writing has appeared in The New Yorker, The New York Times, and Vanity Fair, and on NPR’s Moth Radio Hour. She was a subject in the American version of the British Up documentary series, and she lives in Brooklyn with her husband, the writer Teddy Wayne.